Make these gooey and sweet instant pot cinnamon rolls in under an hour with your electric pressure cooker. This is one of our most popular instant pot dessert recipes. We hope you enjoy it!

This recipe requires no rise time thanks to two amazing kitchen helpers: baking soda and baking powder. This recipe does not require yeast. Don’t get me wrong, I love my yeasted bread but it felt wrong to have to 1-2 hours rise time for an Instant Pot recipe.

Unless I am making yogurt, I do not want to wait longer than an hour for a recipe to be ready. I want my cinnamon rolls ready quickly! 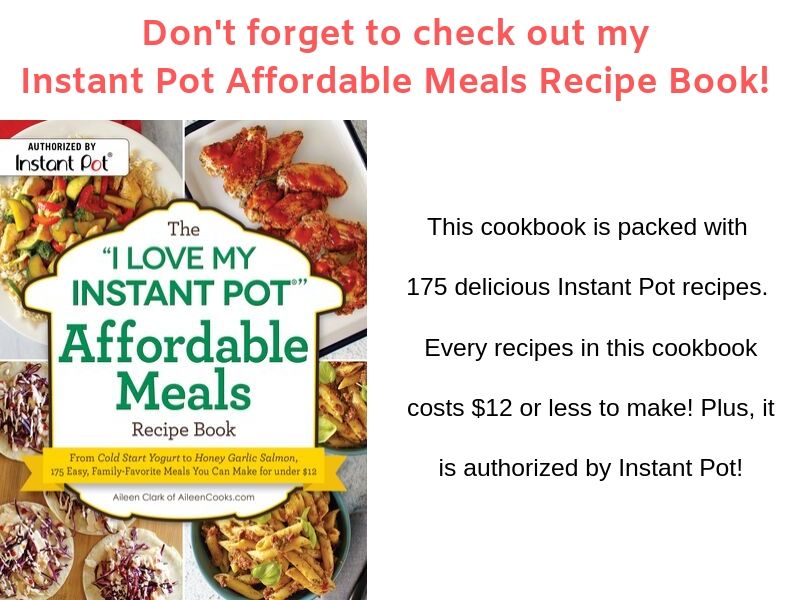 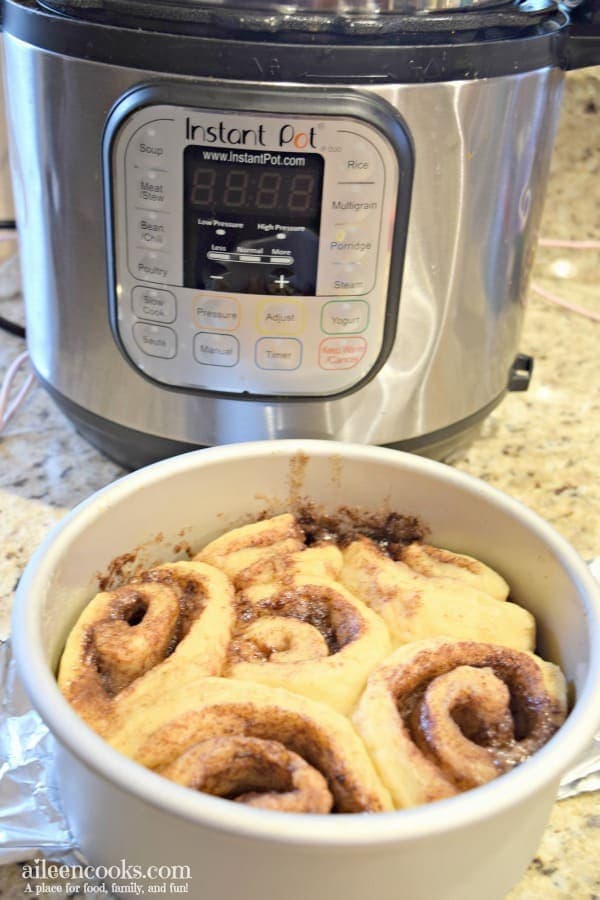 Let me tell you. We were not disappointed! We ate a little bit on the day I made them and the rest for our Sunday breakfast. I have to say, I think they might have even been better the second day! Just make sure you warm them – cold cinnamon rolls just aren’t the same. 🙂 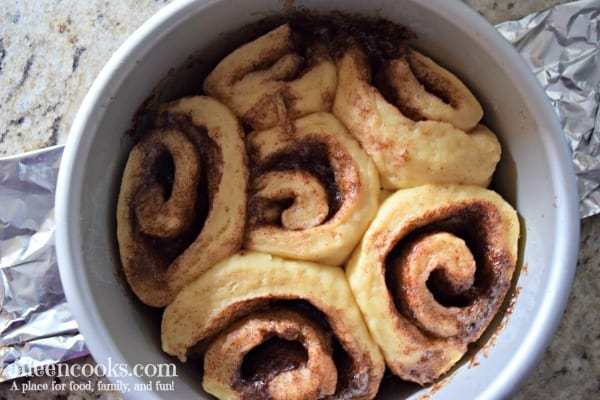 There are quite a few ingredients listed below. Don’t be alarmed! These are the ingredients for the cinnamon roll dough, the filling, and the cream cheese icing.

There are a lot of components that go into making cinnamon rolls. Luckily, you get to skip the rise time, dough punching, and second rise time all while still having from scratch cinnamon rolls hot, fresh, and ready to eat!

Why use a paper towel and foil to make instant pot cinnamon rolls?

What if my cinnamon rolls come out undercooked?

Some people’s cinnamon rolls are coming out undercooked. If this happens to you, put them back into the instant pot and cook on high pressure (the manual or pressure cook button, depending on model) and cook for an additional 10 minutes.

What if my dough is too sticky?

The amount of flour your add depends on a lot of factors. Sometimes when there is more moisture in the air, than you may need to add a bit more flour. I reccomend slowly adding more flour (about 1/4 cup at a time) until the dough is dry enough to work with. It should still be a little sticky – but not sticking all over your hands.

Would rather make traditional icing instead of the cream cheese frosting for your instant pot cinnamon rolls? I recommend you use the recipe in this post for Banana Blueberry Muffins with Vanilla Glaze. 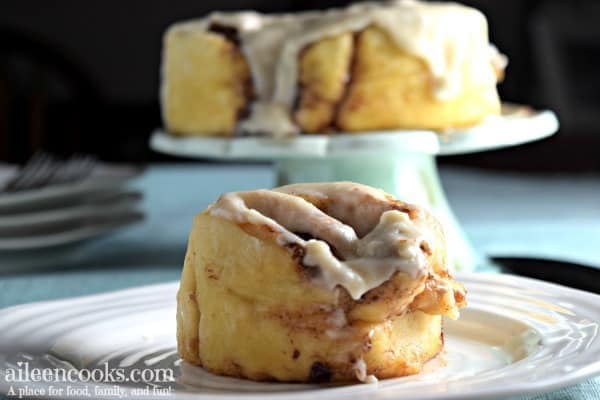 Helpful Tools for Making Cinnamon Rolls in the Instant Pot

For more instant pot recipes and tips, join our group on facebook and subscribe to our newsletter. 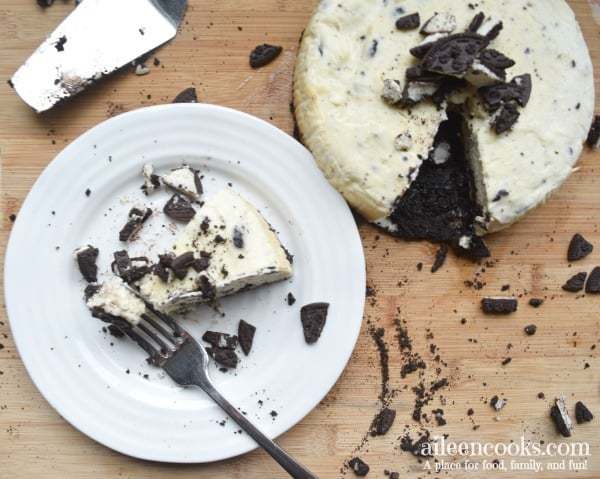 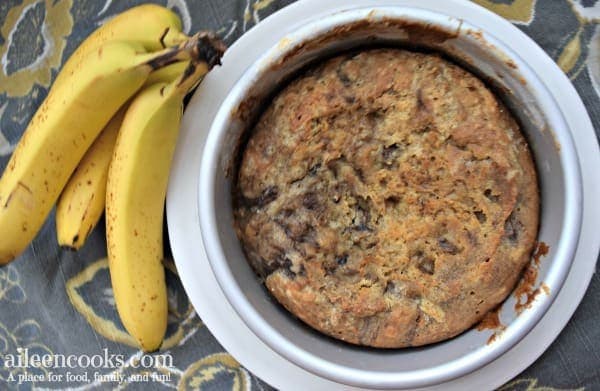 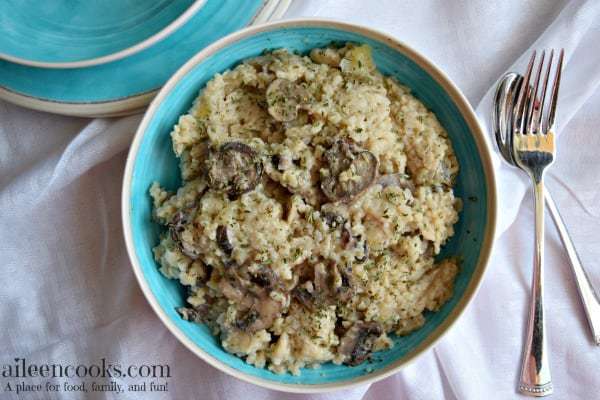 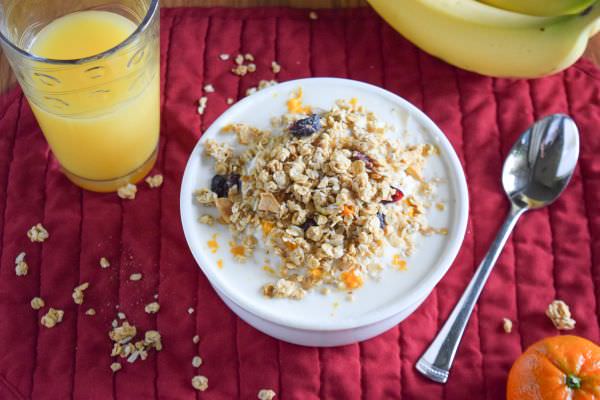 We love a delicious batch of warm and gooey cinnamon rolls, but the rise time can be a bummer. This recipe for instant pot cinnamon rolls saves so much time! 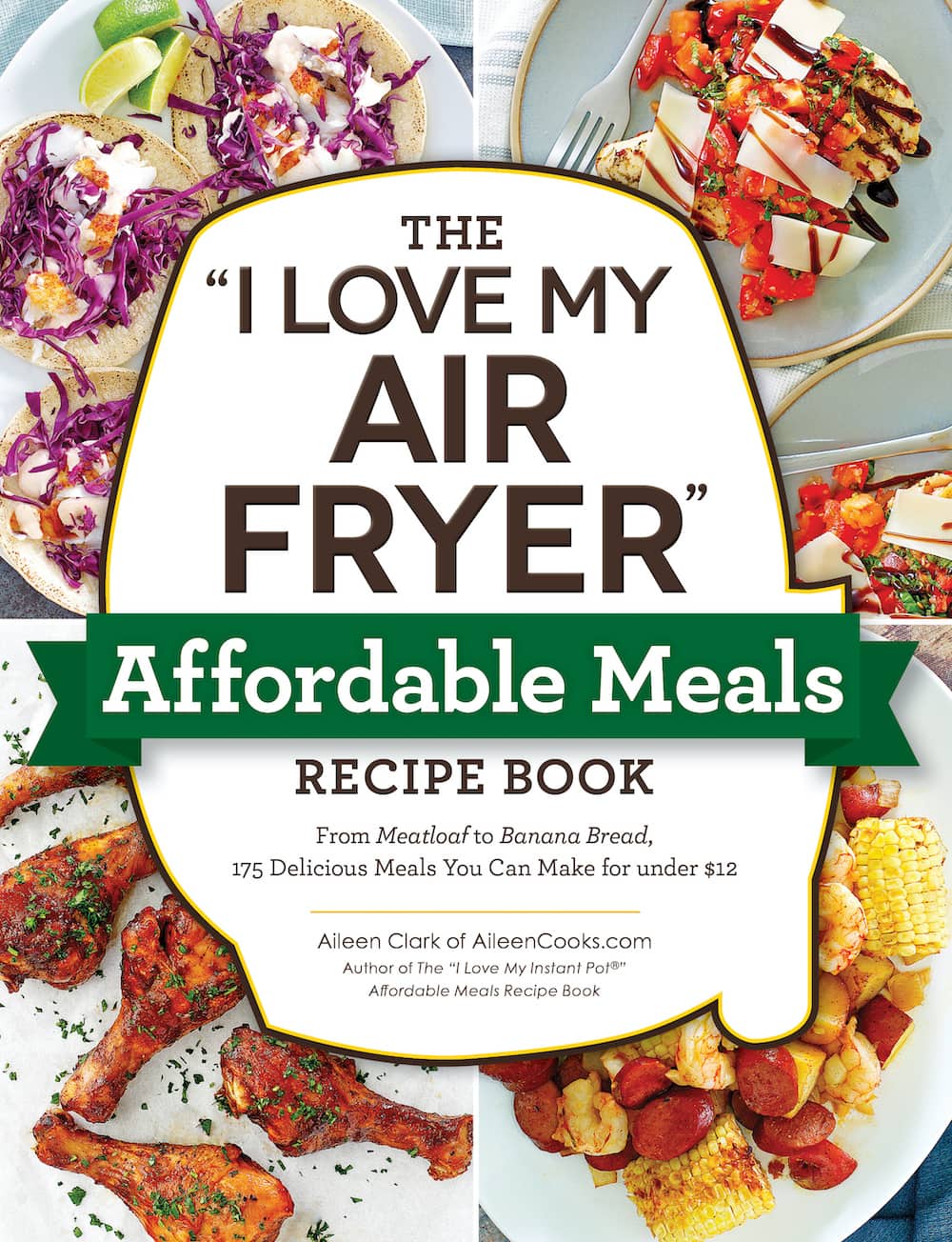